I know I have been MIA since July on the blog here, but believe me, I have not been slacking in my life!  The past few months have been busy with attending baby showers, knitting blankets and booties, and crocheting bibs...altho I made sure to throw in some papercrafting too!  The next big event in our family was to be the coming of Connor Murphy Ooms, expected to arrive in November,  so of course, we planned to have a shower for Lisa in October.  I have been busy crafting goodies and gifties and banners for the shower, which is scheduled for October 20th...however, on Tuesday, October 9, at 7:42 p.m. Connor decided to make his entrance to this world weighing in at 6 pounds 6 ounces and 18 inches - 5 weeks early!  You can imagine the scrambling we have been doing to get things ready for him...his parents thought they had lots of time still!  (Silly, first-time parents!!)

Connor is doing great - he is such a sweet boy - very healthy, but having just a bit of trouble keeping down his formula, so he is spending a few more days in the NICU.  Lisa is doing very well, but was a bit sad at having to leave him there when she was released on Thursday.  But we are all very thrilled to have this adorable boy joining the family! I'll post pictures very soon, and hopefully, Connor will be attending his first party on October 20th! 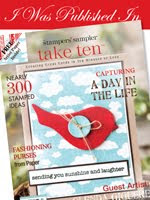 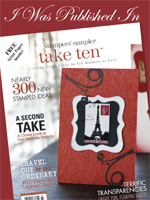 Lynda
I am the wife of a wonderful man who indulges my love of creating. We have a blended family of five grown children and three sweet fur-babies, Chihuahuas named Jake, Taffy, and Heidi. Thanks for stopping by!!

Hydrangeas in my Yard